SOCIAL ENTREPRENEURSHIP BLOG SERIES ISSUE NO.4: Hatti Hatti- Made in Nepal, Made to Change

How many of you think of reusing your sari? Most of us know they can be used to prepare Thangna (Portion of a sari used for baby’s comfort) right? Or else, they can be used as materials to use at home. Somebody wearing them? No? Not surprising, after all who wears already used clothes?

Hatti Hatti is a social business in Kathmandu that is changing this perception by producing new clothes from already used saris and creating fashionable items that one can wear with pride.! Talking with Simran Shilpakar, Marketing and Human Resource Manager, and Sunaina Singh Shrestha, Project Coordinator, at Hatti Hatti, Bikas Udhyami has uncovered the story behind this new social business.

How did Hatti Hatti start?

Two Swedish names, Charlotte Mellkvist and David Geiser should not be forgotten. They laid the foundation and let us flourish. It was in 2014, when they came to Nepal and volunteered in ‘Saath’ an organization supporting for HIV infected and affected women. After seeing the discrimination against women, they decided to support them and started Hatti Hatti employing one HIV-infected woman.

We at first made Swedish Chocolate Balls and sold these. We used to put our stall at the Farmer’s Market 1905 restaurant twice in a month. This raised good funds and inspired us as well. We then started to make Hatti Hatti bags, which sold out really well.

Both our founders believed in sustainability. They were searching something that would sustain us and saw the potential in re-using Saris. Apart from sustaining ourselves, we wanted to be a social enterprise and create other entrepreneurs. Recycling Saris, we produced bags in the beginning, but this was not successful. Then we started to make Kimonos, which became very popular. Then three women from the Under Privileged Children Education Program (UCEP) joined us as an employee. UCEP used to provide vocational trainings to the women and one of them is still working with us. 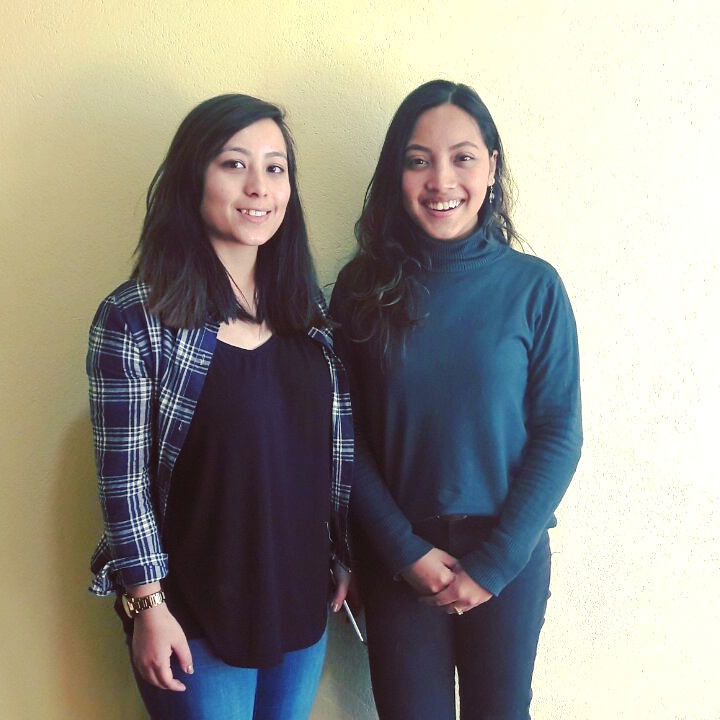 How do you design the products?

While making Kimonos, many patches went to waste. In order to use these also, we came up with the bow tie concept. Every new product that we produce appeared as a need. Gradually we added more women. After they cross a one year period with us, we encourage them to start their own business from the skills they learn from us. We provide seed money and necessary equipment, pay their rent and monitor them for two months and after that they have to be independent. From the early batch, one is working in Danfe Enterprise. Another woman, Padhmam, from the second batch, has her own store at Hetauda. Till now, we have completed 3 batches and 6 women are working with us including ones as production manager here.

How was your early struggle? How hard was it to work in such a unique field?

Initially, we were not targeting the market in Nepal. Most of our products used to be sold in Sweden. In the context of Nepal, teaching people that the recycled products are hygienic was a major challenge. It was all donation based at the beginning, but that was not sufficient to fulfill our supply so we had to search for alternatives. Then we approached Sari shops near New Road. Convincing them about our motives was challenging, but we won them over because we were not only earning but also supporting women in Nepal.

Another thing is that Nepali people are not used to second-hand clothing. That cultural barrier was a major problem. We tried persuading people that these are not just recycled clothes, but an effort to keep our environment clean.

How do would paraphrase your main message again through this interview?

We strongly believe in using sanitizer. We use only those clothes, which can be reused in a healthy way. So if you have unused saris, donate them to us. Your donation can give a disadvantaged woman employment. We are not only doing business, we are also supporting our society.

How is the present situation? Are people more conscious now?

Well, it is a continuous process. Because of the emergence of innovative ideas like KhaliSisi (An initiative to collect already used bottles), people are gradually becoming conscious about the importance of recycling. Getting people’s support is quite easy nowadays and it is not so difficult anymore to get our message across that recycling can be done.

What criteria do you use in selecting women for employment?

We mainly use 5-6 criteria i.e. family occupation, caste, family background, tailoring skills, educational status etc. We try to choose those who are discriminated, those who are devoid of opportunities.

Because women are discriminated a lot in this male dominated society. Perhaps in future we have to think of males, but right now our focus is on women’s empowerment.

After working at Hatti Hatti, has their family status changed?

Yes, pretty well. Before coming here, their confidence was quite low. They were dependent. Now they are coming out of that. They even are able to send money home. Some of them started their own business as well.

How do you evaluate the social impact your initiative is creating?

Firstly, we are creating value by supporting women in a sustainable way. We brand ourselves as a non-profit recycle organization. Secondly, we are transparent, in a sense that we allow customers to meet their tailors. In every tag that we put on our clothes, we provide information of the tailor who made the clothing item. This is rare in the fashion industry and we are redefining the industry in certain ways. Thirdly, we are increasing the confidence of women through different skills training. Twice a week, we give them education classes in which we teach them and listen to them. They now believe that they can achieve something in life and through the platform that we provide they transform from women with low confidence to entrepreneurs. As already mentioned above, we are serving as a bridge for them from sewing to selling. Finally, we are also contributing to increasing awareness on the importance of recycling.

What are the thing that makes you proud? And challenges that you still face?

We are not dependent on any proposals till now and are able to sustain ourselves. The more our products are sold, the stronger we become. At the same time, that is also a major challenge to deliver the products on time and sell them. Another major problem is that we can produce just seasonal clothes. We don’t have any products in winter except bow ties.

In how many countries you are selling your products?

Before it was only in Sweden, but now our markets have expanded to Nepal, Finland and the Netherlands as well. We export 50-60 products on average. Our products are mostly bought by young people between 18 – 30 years old.

Any recommendations that you have for youths who are planning to start a business?

Simron: I am doing this at the age of 20. There is scope to do something in Nepal, but the sad part is most of the youths of my age are flying abroad every day. They are not searching for opportunities and possibilities. It takes time for people to believe in your unique idea. Make sure you are clear of your goal that you wish to pursue and you will not be disappointed.

And to those who are studying social work: boys and girls, the things that you are studying are good theoretically but they are not practical enough. Do an internship every year and do it not just to obtain your marks but also to learn something. It will help you to work on your future unique ideas. If it is possible, do part time work next to your study. It helps you gain experience, which will help you to get better employment opportunities after your study.